Thousands of people march against poverty throughout Spain

Another year, the Spanish Alliance Against Poverty has called on the citizens to participate in activities throughout Spain and under the slogan " Poverty is not in crisis, it is increasing" demonstrations have been held to demand measures towards building a new social model, coherent with human and sustainable development. "If it is always necessary to mobilize, this year more than ever", said the Alliance´s spokeswoman, Eva Sarto. 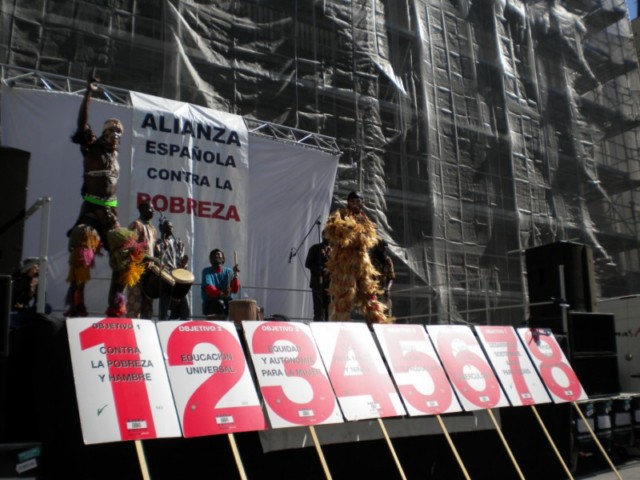 Entreculturas has joined the demonstrations both in Madrid as in the rest of Spanish cities where we have delegations.

After more than a year, the financial crisis is still very much  alive in our country. But if we measure the crisis only by financial aspects, we are forgetting thousands of vulnerable people, thus, this year´s slogan.

The true crisis, according to the Spanish Alliance against poverty, is also ethical and of our global behavior. This crisis has been generating for decades  problems of social exclusion, environment deterioration and poverty for extended layers of world population. We are therefore not only facing a financial growth crisis, but an older and deeper crisis which affects the financial model and global life system, leaving millions of people in a poverty situation. This is why, thousands of people have demanded the following measures: