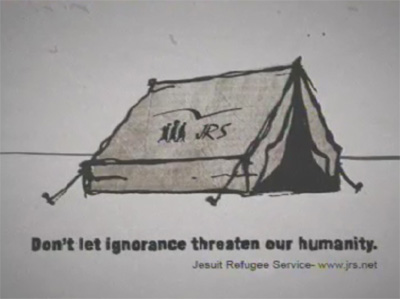 The prizes  “M-NET Vuka!” are a challenge for the talent of students and media professionals of South Africa. “Vuka!”,  which means "Wake Up!" in the Nguni language, spoken in the region, encourages the creation of commercials for public service targeted to raise awareness on issues of social importance.
Among over 200 works and 28 finalists, the video on JRS, focused on reminding humanity the reality of the refugees, won in the category of "new incorporations". The video was also awarded prizes for best edition, sound-track, script and animation.

The jury praised the work of the students and the perspective chosen for the commercial: the animation explains what a refugee is from the refugee´s perspective. This will help break negative stereotypes of foreigners in South Africa.

A message for millions of people

“The message is most important:  when it comes to dealing with refugees, we must not let our ignorance diminish our humanity. Solutions are possible if we work together", says South Africa JRS Director, David Holdcroft SJ.

For the winners of the  Vuka! awards, their commercial will be shown on television, at no cost, reaching more than one million homes throughout the African continent.

"It is an excellent tool for the JRS in Southern Africa and we are indebted to Amy and her team for such a professional work" pointed out Fr. Holdcroft.

The project was designed by three news media students from the University of Pretoria. The team, led by Amy Van Vuuren, was made up by and Micaela Reeves who produced, edited and directed the project. Kyle Mc Intyre was responsible for the sound track.

At Entreculturas we also want to thank them for their effort and congratulate them for their awards. Their work will help to encourage intercultural dialogue and social awareness, two basic engines for development.

>> CLIC HERE TO SEE THE VIDEO