Report “Girls to school: an issue of justice”

In most countries in Africa, less than a third of the university students are women. And it is a fact that, in spite of the millennium objectives and all the international agreements signed, 69 countries in the world haven't achieved genre parity in education. To achieve that al the boys and girls in the right age for primary education went to school, we would need almost two million additional teachers, half of them in sub-Saharan Africa. Entreculturas has presented the report "The girls go to school", that analyses the situation of girls and women in the world of education and offers a series of proposals which the governments and international organisms should carry out to end this injustice. 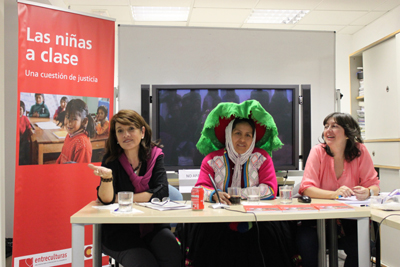 The report shows a case study of the Quispicanchi's rural schools in Peru. "The women were telling us that they didn't want to be women because one suffered too much", explains Rosa María Mujica, from the Peru's Institute of Education for Human rights and Peace (IPEDEHP), that presents the document together with Roxana Quispe, a peasant leader that has participated in the project. Roxana is an example of everything one can achieve through education. "What a difference from the beginning of the project, when the large majority of girls didn't talk and cover their mouths with the sleeves of their jackets, and when they talked, they did so whispering and looking down at the floor!", explain in the study the Quispicanchi teachers. The sixth grade girls in this region have gone, in the last decade, from being only 39% of the students to reach 50%.

Entreculturas, together with Fe y Alegría, our counterpart in Peru, with whom Peru's Institute of Education for Human rights and Peace (IPEDEHP) works, considers that education plays a fundamental role, as it can perpetuate inequality or be an important tool for changing society to be fairer. For this, through this report, Entreculturas demands legal and political reforms that ensure advances in the education of girls and their protection in the schools. The report also denounces that the States don't destine at least 6% of GDP to education and demands that Spanish Cooperation assigns at least 8% of its Official Development Aid to basic education, as stated in a proposition in the law of 2008 and the Spanish Cooperation Director Plan 2008-2012. 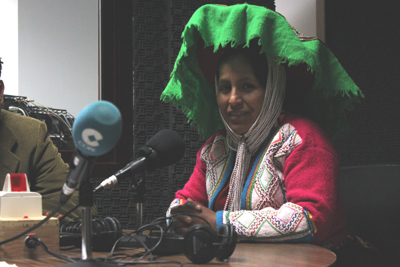 "Education begins at home. Without education at home, it is difficult to have it outside", has explained Roxana to whom school has not only taught her to add and subtract, but also has changed completely her relationship with her family. "I feel freer to play with my children, to give them love and to my husband, and not be afraid of showing it in public", she adds. 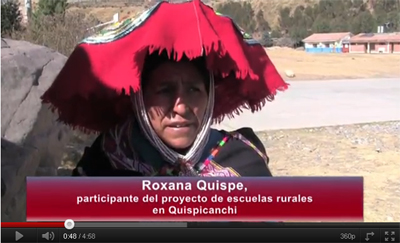 You can read the complete report at: “Girls to school: an issue of justice” (in Spanish)