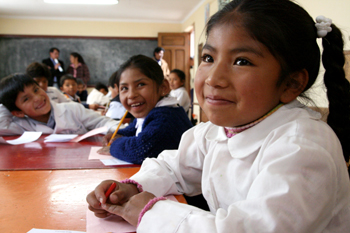 The creation of an official girls' day child in the international calendar was led by the NGO Plan in 2009. As Concha Lopez said, General Director for PLAN, "we did not have any official day to focus on situation of girls around the world; one of the most discriminated social groups and without specific policies.

The international day of the girl is backed by the Liberian, the Nobel Peace Prize Winner Leymah Gbowee. She said that girls are the future and it is essential a day dedicated to their issues. A week before the official declaration of United Nations, 393 members of the European Parliament signed this declaration 19/11 as support for that.

Discrimination because of the sex 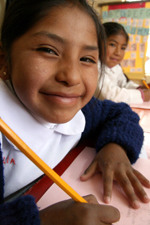 Girls and women are always the worst affected in adverse contexts such as war, poverty, famine, violence... Around 140 million are suffering the consequences of the sexual mutilation and 10 million are being forced to get married before the age of 12 every year.

Moreover, sex discrimination in the education rights exists. More than half of the 67 million children without any schooling are girls: and 2/3 of 759 million people without any basic education are women. The lack of possibilities to access and complete a basic education of quality is because of their sex (women use to stay home and be housewives and mothers due to early marriages, etc.)

It is a pity that we need to determinate an International day to give girls throughout the world the importance and attention. From Entreculturas we celebrate this date and promise to continue working to eradicate the general discrimination and discrimination because of the sex in particular.