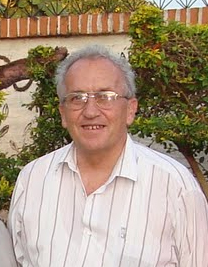 The new coordinator, elected for three years and renewable to a maximum of six, will be the legal representative of the organization and will share, with three other members appointed by the Assembly, the executive responsibility.

Members of Fe y Alegría have showed their enthusiasm in the new appointment and also their support to the former coordinator for his constant dedication during his years as the institution´s head in Latin America and Chad.

The new head office, in Bogota, will replace the old one in Santo Domingo. Jorge Cela is now appointed the Jesuit Elderly Delegate for the Caribbean. This project was created at a meeting of the elderly Jesuit Superiors of the area, last March, and is an enriching challenge for the Society of Jesus and the Conference of Jesuit Provincials of Latin America and the Caribbean (CPAL). It is an initiative to improve the organization of human and material resources of the missions, that includes two provinces (Antilles and Venezuela), two independent regions(Cuba and Puerto Rico) and areas with a different degree of dependence of their original province: Haiti and the French Canadian Province; Jamaica and the American Province of New England; Guyana and the Province of England.

"After six years of dedication we wish Jorge Cela all the best in his new endeavor and we are very grateful to the work carried out in Fe y Alegría during these years," says Luis Arancibia, Entreculturas Deputy Director.

INTERVIEW WITH IGNACIO SUÑOL SJ: " I take on this new job with mixed feelings since I have to leave behind projects and people but with gratitude for this opportunity of inner enrichment".

Which are the main tasks of the Fe y Alegria General Coordinator?
Among others, the legal and official representation and the general promotion of the Federation. Also to carry out the decisions of the General Assembly and the Board of Directors, always ensuring the quality of popular education and social promotion in all national Fe y Alegrías. The coordinator will also take care of the organization work in the Head Office which will now be in Bogota and also as its name indicates, coordinate an sign agreements between the National Fe y Alegrias and also with international cooperation organizations and cultural , social and religious institutions.

What is the present situation of the Federation?

The Federation is very dynamic, both because of the activities of the federation programmes as for its institutional growth during the last years due to the addition of new Latin American countries and Chad as the first Fe y Alegria in the African continent. I receive a very dynamic and creative heritage to be carried out by all and which we must risk to enlarge in order to be true and faithful servants of our vision and mission

Which are your priorities?

Due to moving the head office of the International Federation to Bogota, we have to appoint a new team. This is my first priority and to which I have to pay special attention. There are also priority tasks that the Assembly and Board of Directors have put forward.

In the first place, the convenience of having a permanent residence for the head office was discussed. Although up to now it was rotated, it was decided that a permanent base would be easier because, due to the administrative complexity, the General Coordinator and his team require exclusive dedication. On the other hand issues such as the history and institutional strength, easy access, financial management or the presence of international organizations were taken into account for its location. Finally, in the Assembly held this year in San Salvador, the location decided was Bogota.

Which are the main difficulties you will have to face?

In the beginning, I never consider the difficulties. I rather talk about challenges and goals and human teams to carry them out in participated management.

How do you feel with this appointment?

Like a sweet and sour cooking recepy. I feel sad to leave behind my work with the Bolivia Fe y Alegria team. As National Director and in less than a year of my appointment we were starting new projects in a country with a new Plurinational8 Constitution, with education and social services challenges and a substantially diverse education proposal. To leave behind colleagues is always hard. But this also implies getting to know new people and situations. It is an opportunity of personal inner enrichment, to receive more than one can give, and therefore, I understand that I must have a feeling of gratitude for this appointment.