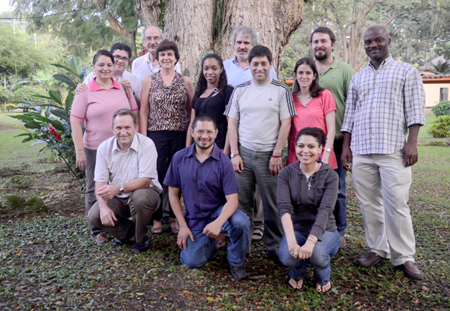 El Instituto Mayor Campesino (The Major Rural Institute), an initiative of the Colombian Jesuits that turned 50 years of work with the country persons of the region of Valley of the Cauca, was the scene for this meeting. We counted on the presence of the national directors of the SJR Colombia, Ecuador, Haiti, Panama and Venezuela. At this meeting, we could see equally to the international director of the SJR, the director of the network SJR - SJM, the assistant of the General Father for the Ecology, the secretary for the Social Apostolate of the Conference of Provincial of Latin America (Cpal), the Jesuits of the Voluntary Service Pro-Haiti that they work in Flow With You, Brazil; and the directors of Entreculturas and Alboan.

Merlys Mosquera, the regional director of the SJR LAC, and with the support of our friend and consulting day pupil, Susana Perez, helped to advance in a reflection on the response of the organization for the new realities of displacement and refugees in the region, the manners of proceeding to act in a consistent and coherent way, and the main challenges. 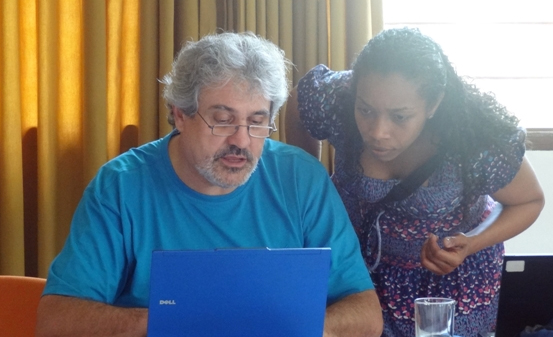 Peter Balleis, the international director of the SJR, shared with the participants the Strategic Framework of the Jesuit Service for the Refugees 2012-2015. He discussed on the values and mission of the organization in the whole World. Another part of the meeting was destined to a retirement on the spirituality of the SJR, facilitated by the Jesuit Alfredo Ferro. In the same way, he took advantage the time for punctual conversations with the directors.

At the end of this meeting, the incident plans on support actions to these initiatives were presented by the SJR LAC (Colombia and Haiti). For that, it was important the collaboration of the responsible person of incidences and the person in charge on communication at the office of JRS in USA.

Network SJR-SJM: joined to transform the reality of the refugee, displaced persons and migrants

After the annual meeting of the SJR-LAC, all the assistants went to the city of Buga, Guadalajara, in the southern part west of Colombia, for a new meeting with the representatives of the different sub-regions of the Service Jesuit to Migrantes (SJM) and other networks of Jesus' Company like Fe y Alegría, the Federación Latinoamericana de Colegios Jesuitas -FLACSI- (Latin American Federation of Colleges Jesuits), the Comunidad de Vida Cristiana-CVX (Community of Christian Life), CeiMigra and the Jesuits of Manaos in Brazil.

In the frame of this meeting, the first one after the approval of the Network SJR-SJM by the CPAL, it was advanced in the definition of agreements to be in compliance with the mission to the Network: to continue reaching firmly in the regional response of Jesus' Company to the reality of the migrants, displaced and refugee.

Besides discussions enriched by the diversity of the views of the participants, they visited the local office of the SJR Colombia in Buenaventura's port, located in the coast of the Pacific, one of the regions with major quantity of population in situation of displacement in Colombia.