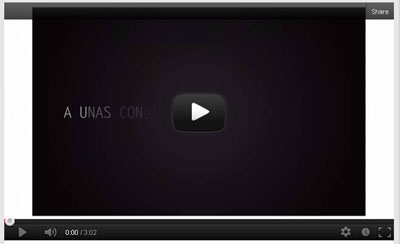 In view of this injustice situation, Entreculturas has presented the campaign NOLAND in the Campo de la Cebada (Festival Low Cost) in Madrid. Noland is a virtual country with 44 million people who must have left their country to survive and to take refugee in a different country without a possibility of integration, education, health between other basic services. As another country, Noland has a Constitution. It has been written to defend the basic principles from which we are fighting fight both in the countries of reception of the refugees and in their origin countries. These principles go from the refugees´ rights for being recognized as legal, the right for education access, a work and an appropriate medical attention. 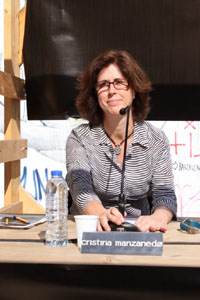 Cristina Manzanedo, person in charge of Migrations and Developement in Entrecultursa, has emphasized the reality of these people saying "the refugees in the cities are invisible. They do not live under the tents! 70% of refuges are people who live in rural and urban areas". 15 million of that 44 million are refugees; 1 million are asylum applicants and 27 million are displaced interns.

Entreculturas and the Jesuit Services for Refrugees (our ally on the field) work to help to refugees every day, both in the camps and urban areas. Irene Guía, member of a religious order and ex 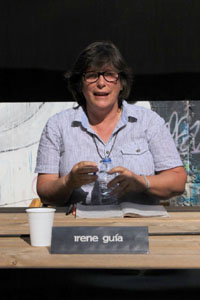 director of projects with refugees in Ruanda and East of Democratic Republic of the Congo, has explained what means to live in a camp for refugees. "Nobody wants to be there but they have to be there. The space is limited and most people use to be there many years in these conditions". For these reasons, Irene Guía has emphasized the labor of education of Entreculturas and the Jesuit Services for Refugees. "The development is not possible without Education. Education fights against the poverty. In a camp for refugees, Education means protection, hope and the possibility of a change". She has shared the force and value with both organizations: "Collaborating with one of the mission of JSR means to become good friends". 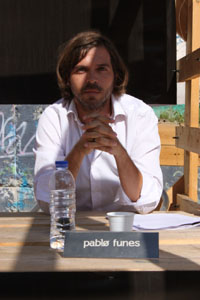 Pablo Funes, person in charge of the African Projects in Entreculturas, has emphasized the importance of "getting the value of hospitality, in the broadest sense of the term" to receive to everybody with pending asylum. Moreover, he has explained the Entreculturas project in this matter: Entercultura has helped with 25 projects for refugees and displaced urban in 2008 and 2011, 7 in Africa and 18 in Latin America. "Hospitality is essential, we must promote the cooperation and ODA for refugees", he said.

In this context, Esther Riziki, refugee in the Democratic Republic of the Congo with statute of refugee in 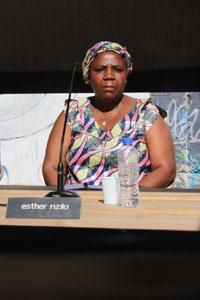 Span, has told her experience. She is a mother with six children. She had to leave her country with her family. She went to Tanzania and there she asked for asylum in Spain. "War is so bad, it has nothing good. Do not forget the suffering of many of those people in the World", she said.

Living in moments of economic difficulties, it is fundamental to keep the human needs of the refugee people in the center of our policy. The economic recession is threatening international aid which is essential for refugees and displaced persons. For all that, we must fuel the value of hospitality. Society must accept refugees and displaced persons with dignity, hospitality, tolerance, love and tenderness. Moreover, it is not enough to accept them, but we must heal their wounds, to protect them, make them up and give them opportunities. Entreculturas wants to work for the justice in NOLAND. We pretend that populations NOLAND have access to education, health and those opportunities that everyone deserves. 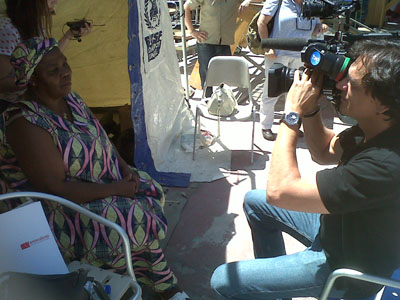 COLLABORATE FOR CREATING A BETTER NOLAND

THE NOLAND POPULATION, WHO LIVE AROUND THE WORLD, CAN ACCESS TO THEIR BASIC RIGHTS QITH YOUR HELP.

COLLABORATE WITH ENTRECULTURAS TO WORK FOR JUSTICE IN NOLAND. IT IS THE COUNTRY OF THOSE PEOPLE WHO CAN NOT RETURN TO THEIR HOME. COLLABORTE FOR HELPING THEM TO ACCESS TO EDUCATION, HEALTH AND OOPORTUNITIES THAT EVERYONE DESERVES.

In Africa, we support projects for refugees in Ethiopia, Kenya, Malawi, Uganda and South Africa.